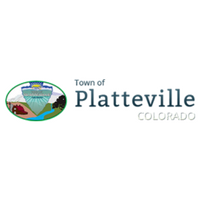 The Platte River Land Company built a “village on the Platte” along the Denver Pacific Railroad line between Denver and Cheyenne, Wyoming, a temperance colony similar to Greeley’s Union Colony. Named for the nearby South Platte River, the colonial town of Platteville was surveyed and the plat filed on July 17, 1871, in Weld County. Lots were auctioned in New York City and Chicago to attract settlers, but only a few actually relocated to Platteville. Platteville grew slowly, becoming responsible for the Fort Vasquez School in 1873.

Platteville took over St. Vrain Post Office in 1875, as the Platteville Post Office. In 1879, the town’s population was just 50 people. The first successful crop in the area was potatoes, and a coal mine began operation in 1887. Platteville remained dry (no drinking alcohol allowed) until the election of 1889 when the “wets ran strong,” and Platteville’s first liquor license was sold for $2,400 for a liquor store.